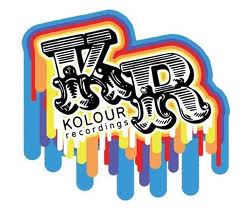 There’s been a few consistent independents in the deep disco field of recent years and Kolour Ltd are right there amongst them pressing wonderfully translucent coloured vinyl in limited runs. Kicking off with Eddie C’s fantastic ‘Sleazetronica’ just last year, 12′s by Alex Agore, SouthWestSeven, Fantastic Man, Norm De Plume and an EP featuring The Dead Rose Music Company, Nicholas and Cole Medina bring us up to present.

We’ll be featuring a number of these tracks in forthcoming mixes as they’re all of top quality sound. Fantastic Man’s Plastic Fantastic EP, with its signature Melbourne down low filtered deep warmth, proved so popular on Juno it’s believed to be extinct. Copies are goin for £40 over in the Discogs system.

The forthcoming KLRLTD007 showcases some of the hottest choppers of the moment and features the super heavyweight ‘Real Good Lovin’ by The Glue.

Check out this interview with the label heads at Melbourne Deepcast. While you’re reading it you can download the mix they’ve contributed to the mammoth podcast database  goin on down there. Big Up all concerned!

This entry was posted in Fresh, Independents Of Merit. Bookmark the permalink.